By Marie Claire Kidd • 3 years Ago

Home The Feed Incredible AquaGarden: A place for students to learn as they grow

Behind a Todmorden school, there is a place for students to learn as they grow, and they even get to eat the results. On the menu are salads, fruits and vegetables and, in the near future, fish and tropical fruit. The Incredible AquaGarden, a partnership between Incredible Edible Todmorden and Todmorden High School, is an ambitious project without a forerunner. A centre for hydroponics, aquaponics, alongside traditional growing techniques, it produces food for the school and beyond, with the focus firmly on learning.

After several years in planning, fundraising and construction, the centre opened last year, and is now growing salads and vegetables for the school kitchens and for sale to neighbouring restaurants. Todmorden High School students and two apprentices are helping to plant, tend, monitor and harvest the crops which, thanks to state of the art facilities, are available throughout the year.

Áine Douglas, learning and development manager at the Incredible AquaGarden, explains: “To grow vegetables you need light, nutrients and water. The beauty of the aquagarden is that we can control all three of these. It’s brilliant for experiments and enables us to be more productive, all year round.”

Air source heat pumps keep the whole building at around 20 degrees centigrade, ideal for growing vegetables. The building faces south and its sloping roof is designed to soak up as much light as possible, minimising heating and lighting bills. The water in which the fish live is passed through a series of filters, producing a nitrogen rich liquid to nourish edible crops. This is harnessed in the aquaponics area, where the growing beds produce rocket, pak choi and cress. In the hydroponics area, tomatoes, cucumbers, peppers and chillies are flourishing in a wide range of soil-free media including perlite, coir and coffee grinds. There is also an outdoor area for growing vegetables in polytunnels and raised beds. 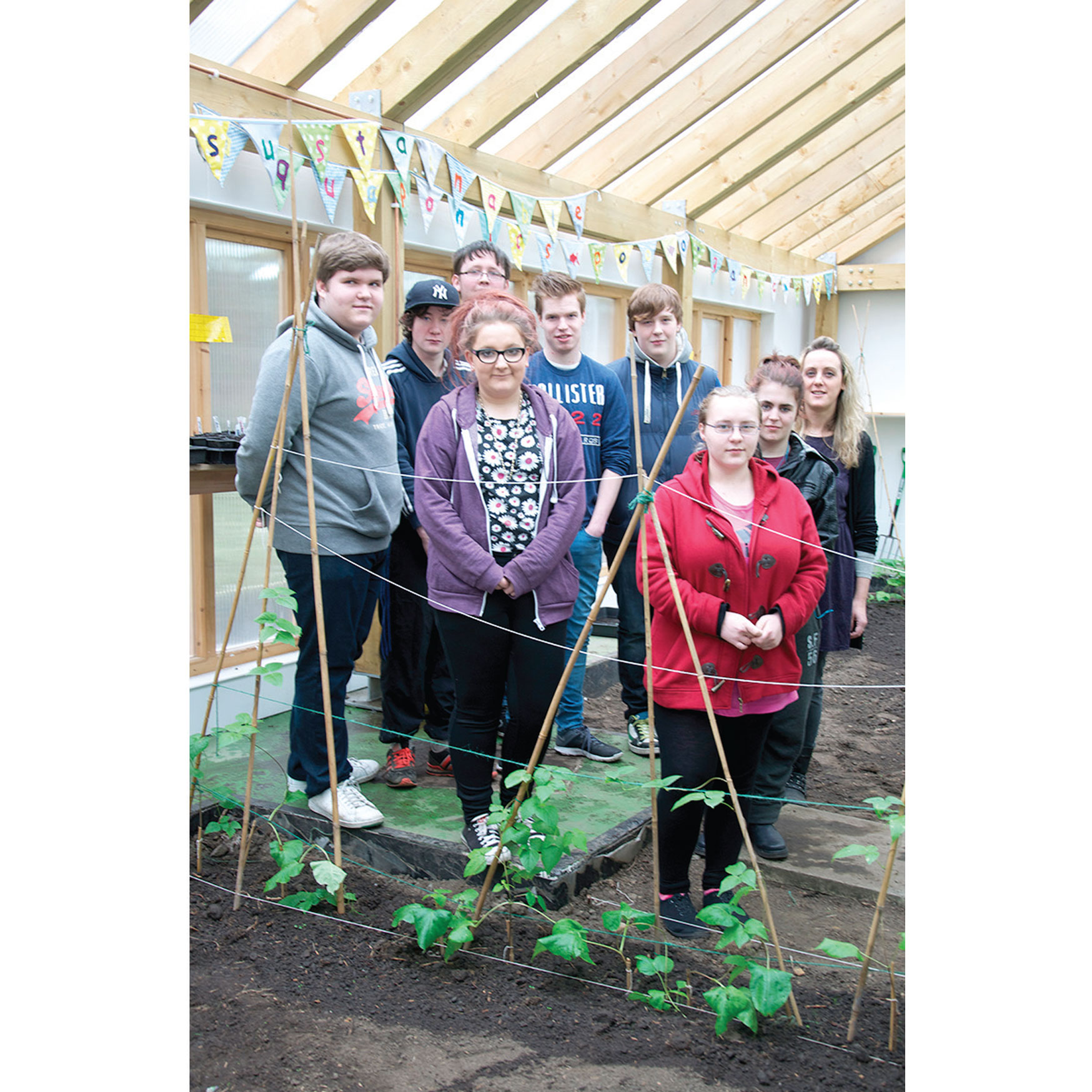 The Incredible AquaGarden is primarily a learning resource for the community, families and schools. It demonstrates urban farming techniques and teaches growing and cooking skills across all ages, cultures and abilities. Funded by the Big Lottery to the tune of £494,785 and supported by the Futurebuilders England Fund, which provided almost £150,000, along with Calderdale Council, Pennine Prospects and Calderdale Primary Care Trust, it is a bold experiment with numerous uncertainties.

Its manager Steve Welsh admits he is still learning. “During the first year we’ve been getting this building up,’ he says. ‘There’s a huge amount of science in aquaponics and hydroponics and I’ve had to learn that from scratch. There’s been a lot of planning on the job.” 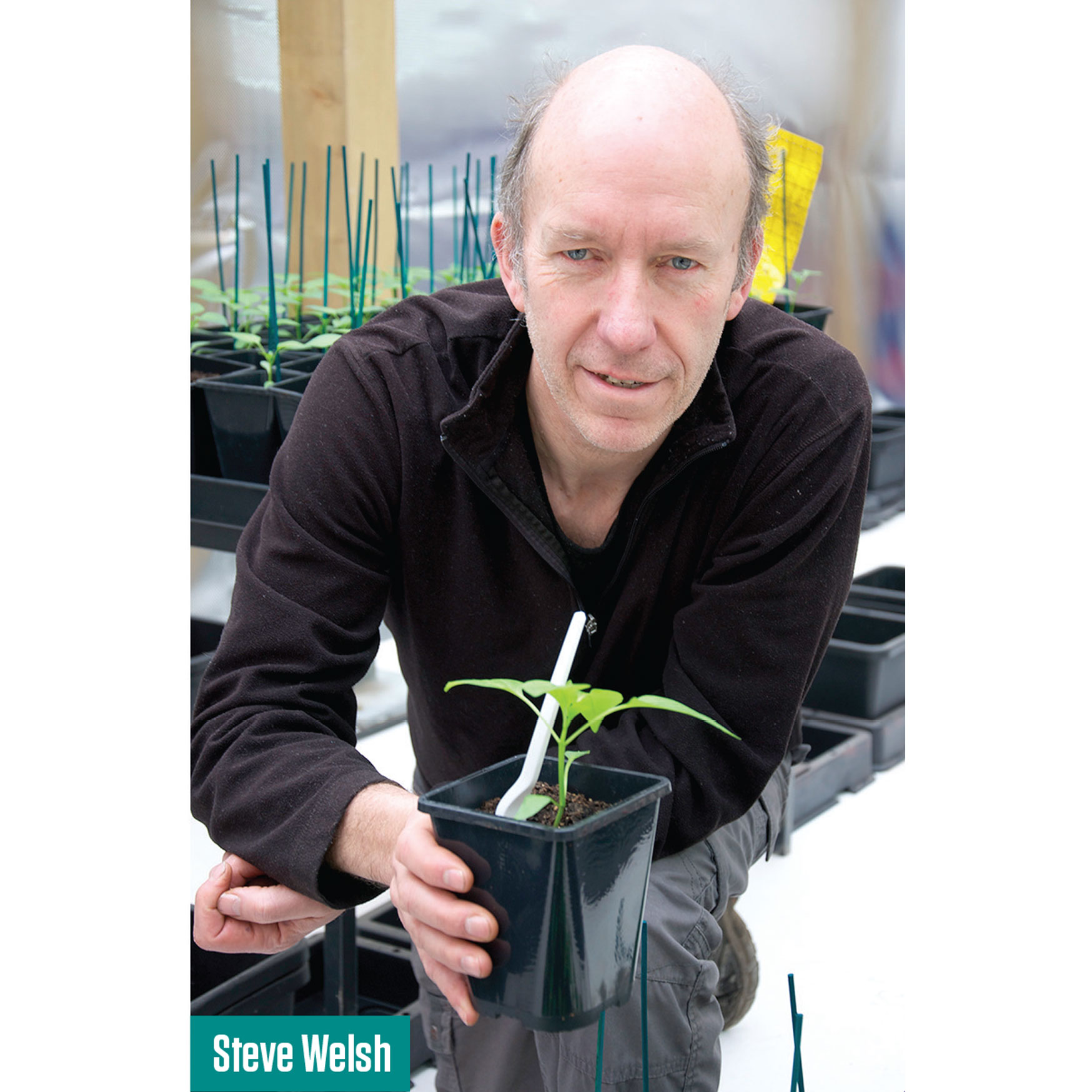 Apprentice Daniel Haymonds is working towards his Level 2 Intermediate Apprenticeship in Work-based Horticulture. Under supervision from Myerscough College, Preston, they have been learning about fish tanks, electric systems and growing mediums that are revolutionary to British farmers and horticulturalists. “There’s never been an apprenticeship like this before,” says Mr Welsh. “Daniel is majoring in aquatics and hydroponics, but the questions are tailored for growing in soil. We have to tailor questions all the time, but Myerscough are on board with that.”

Daniel, 29, says: ‘The course is being designed as I go along. It makes it harder but it makes it interesting. If I make a mistake then I can have that as experience if I document it.” Daniel helped to set up the centre, even getting hands on with painting and decorating, and is now gathering skills in everything from marketing to teaching, as well as vegetable production and fish farming.

His day to day work includes propagating seeds, planting seedlings, picking and packing and caring for the fish and vegetables in the aquaponics and hydroponics units. “I’ve been a cook working in different cafes in Todmorden and Hebden Bridge,” he says. “I knew what was happening with Incredible Edible Todmorden. I used to go and pick things in the gardens. I got made redundant from my last job because I didn’t have a qualification. This is an opportunity to get a qualification. I’m interested in the aquaponics side of it,” he adds. “You can take these skills anywhere, even Africa or India, and you don’t have to change anything because it’s a controlled environment.”

For Todmorden High School’s Year 12 students, the aquagarden is bringing back an element which has fallen off the curriculum in most schools. This year they have completed a Level 2 Agriculture BTEC, using the aquagarden as a base for the crop production and plant based units. The pass rate was 100%. In September this year, the students will have the opportunity to do a Level 2 Horticultural BTEC, based entirely at the aquagarden, with full access to all the growing techniques.

Another innovation, and therefore a risk, is the production of tilapia, a fish not commonly consumed in the UK. In February the team put 90 tilapia, aged one month, two months and four months, into three of the centre’s four fish tanks. As Ms Douglas explains, the centre is about much more than producing food. The aquagarden is already welcoming groups from schools, universities and community organisations. A demonstration kitchen offers cooking and food preparation workshops, under the experienced eye of Madeleine Hoyle, the ‘Incredible Food Inspirer’.

She works with marginalised groups including adults with learning difficulties and the elderly, on growing food, nutrition and well-being. ‘It’s very much about learning in the community as well as school,’ says Ms Douglas. ‘The most important thing to create change was to start with junior schools and continue the learning through high school, family and community. It’s an opportunity to bring all the local junior schools in for workshops. If children have opportunity to grow food, it’s likely they will bring into their adulthood a natural healthy relationship with food.”

You can read our interview with Manager Steve Welsh, here.

This article was originally published in Issue 011 of HYDROMAG (September – October 2014).